Botox is the rock star of the aesthetic world. Celebrities and millions of others around the globe are Botox believers. But some people have a reaction to the extra proteins found in Botox. For those patients, Dr. Sobel offers Xeomin.

What are Xeomin® injections? 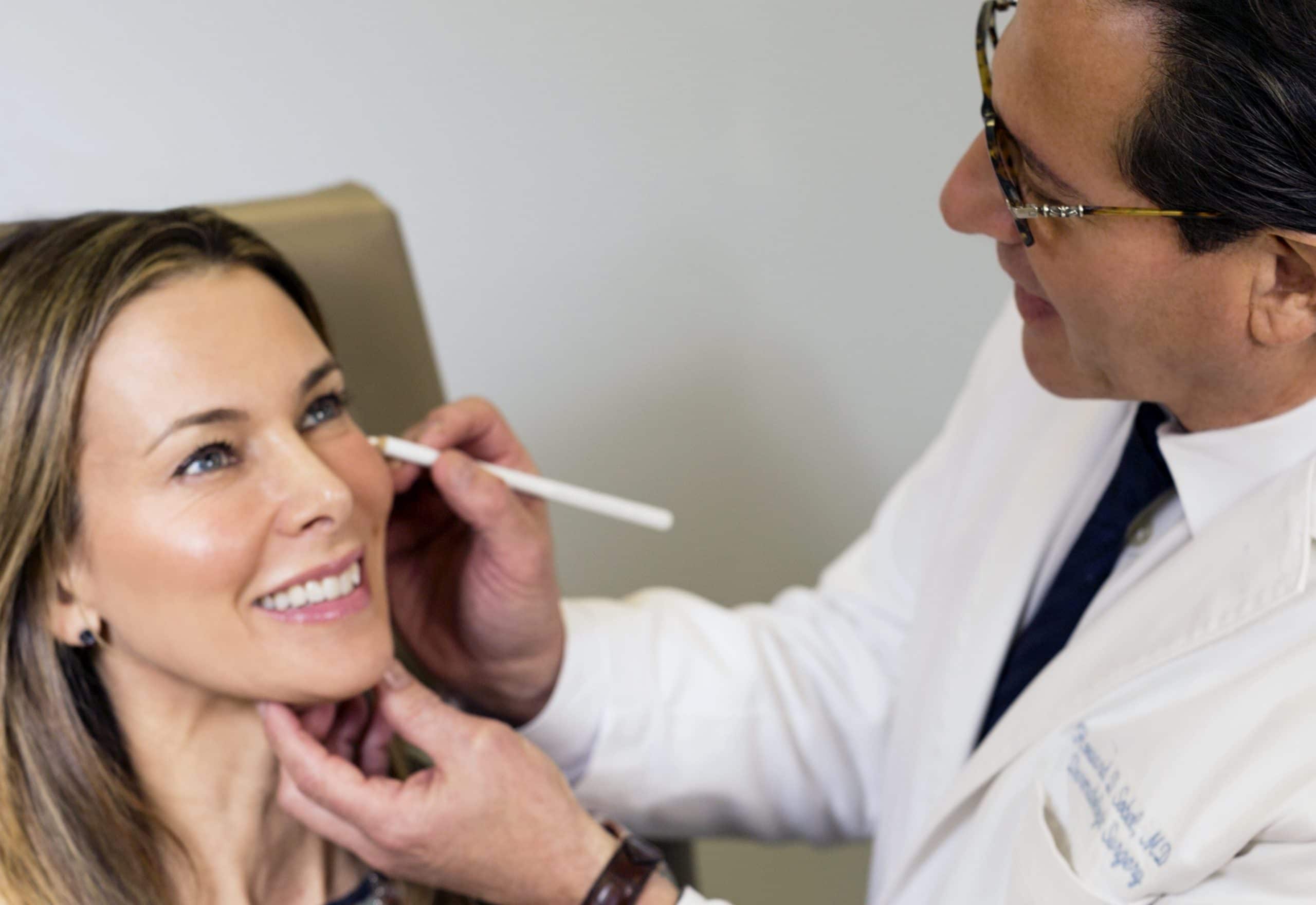 Xeomin is a non-surgical, anti-aging, neuromodulator injection and Botox® alternative. It temporarily smooths moderate to severe facial wrinkles around the eyes, brows, mouth, and cheeks. Like Botox and Dysport®, Xeomin is effective on wrinkles that have been caused by muscle contractions, such as the frown lines that form between the brows.

While Xeomin is also made of the purified protein botulinum A toxin, it is often used on patients who have developed an immunity or non-response to Botox® or Dysport. The subtle differences between the products can make one more advantageous than the other for a particular patient, and we sometimes use more than one of these brands for an optimal result. Xeomin blocks the chemicals that cause your facial muscles to contract, which allows them to relax so that the skin can smooth over those muscles. It is an easy and highly effective way to correct the signs of aging.

Working with a skilled injector is vital in order to receive a result that looks natural and provides the correction you want. Dr. Sobel has many years of experience with Xeomin, Botox, and Dysport injections. He knows how to determine the proper dosage and placement of the injections for optimal results.

What does the Xeomin® treatment procedure involve?

We use a tiny needle to inject Xeomin into the skin. While it is not very painful, a topical anesthetic can be applied to decrease your discomfort. Like Botox and Dysport, Xeomin injections last approximately four months. The effects take a few days to become visible.

What are Xeomin® Injections commonly used to treat?

Similar to Botox, Xeomin can be used to treat a wide range of facial wrinkles and signs of aging. Xeomin is commonly used to produce a smoothing effect to the skin and is often used to multiple areas of the face, including:

The mechanism that makes Xeomin stop the formation of wrinkles is the same as that of Botox and Dysport. When the botulinum toxin type A is injected into a muscle, it blocks the messages from the nerves in the muscle to the brain. Messages to contract the muscle never reach the brain, so the muscle doesn’t contract; it is temporarily paralyzed.

What does this have to do with wrinkles? Certain wrinkles, called dynamic wrinkles, form on the top third of the face when we make common expressions such as frowning and squinting. These wrinkles are the result of muscle contractions under the skin, forming the wrinkle on the surface skin above. By temporarily paralyzing the muscle that creates the wrinkle, Xeomin (and the other neuromodulators) stops the wrinkle from forming.

What’s the difference between Xeomin® and Botox?

Botox has some additional proteins in its formula to which certain people develop reactions. Xeomin does not have these extra proteins; it is pure botulinum toxin. Some people call Xeomin “the naked injectable” for this reason. People who have had a reaction to Botox may not have one with Xeomin.

How does Xeomin® compare with Dysport?

Again, it comes down to purity. Dysport has some additional surface proteins and Xeomin doesn’t. There is another difference. Dysport is a little thinner than both Xeomin and Botox, so it can spread to cover a greater area.

How long will my Xeomin® results last?

Results vary from patient to patient, depending on the rate the body absorbs the now-inert botulinum toxin. That explains why Xeomin’s effectiveness can vary from three to six months. As with Botox, once the toxin is absorbed, the nerve messages are no longer blocked and the muscle can begin to contract again.

Are there any side effects of Xeomin® injections?

You can return to work and other normal activities immediately after your Xeomin appointment. Some patients have no side effects whatsoever, while others experience some minor bruising and swelling at the injection sites. These usually resolve within a day to a few days. If you do end up with a bruise, we offer a complimentary laser treatment to help break up the bruise and clear it away faster.

If you are interested in Xeomin treatment in NYC, our staff at Sobel Skin offers personalized treatments to help you be your best, most refreshed self. Call 212.288.0060 or fill out a form online to book an initial treatment consultation with Dr. Sobel.

Thank you for your request. Someone from our office will contact you shortly.